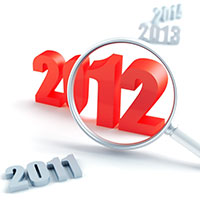 I think it’s time for me to restart blogging again. Not that I have a huge reader base eagerly waiting to consume stuff that I might put in my blog, rather I should restart it for the purpose of sharing what I learn, that I think would be needed by me again at some pant in the future. Anyway, I feel it’s a kind of thing one might do in a January.

I think this is a good opportunity to review my 2012. I’m just writing these things without really considering about the order they happened.

I continued my job at Sanmark Solutions. I got my friend Praboda to work here as well. Almost all the things that were significant to my life last year are related to my working place. Not quite surprising as I spend most of my time there – okay, most of my time, while I’m awake. 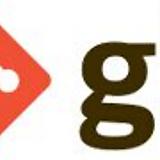 One of those things is learning Git. As soon as we started working on our first group project for a Software System (Note: We’re a small company who’s primary service was designing and developing websites until recently.), I realized that it’s impossible to avoid conflicts in codes. However, we were working our way around that until I replaced a file in which one of my colleagues had written a huge number of codes! Unfortunately he didn’t have another copy and he had to write those codes again.

It took me about two days to read about various Version Control Systems (VCSs) in existence and select one among them. Reading about them, I decided what we needed was a Distributed Version Control System (DVCS), not a Centralized Version Control System (CVCS). After couple of hours, I was left with the choices of either Git or Bazaar. Not surprising because I am a huge FOSS and Linux fan. Git’s was created by Linus Torvalds, the father of Linux and now being maintained by The Community, and Bazaar is maintained by The Community and Canonical. That’s the company behind most successful Linux distribution Ubuntu.

Comparing Git and Bazaar, I didn’t like how Bazaar’s branching works. It requires us to create directories for each branch, where Git only needs one directory (When you checkout branches, Git will update the content in your directory with the ones from the branch you’re checking-out.).

We had to use SVN for one project, and I didn’t like it. 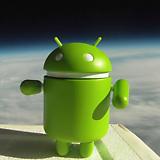 I bough two smartphones in 2012. I bought a Huawei IDEOS X3 U8510 on 13th January and named it “hal600”. I then sold it, and bought a Sony Xperia P LT22i on 1st December. I then named it “halD1000”. Although I thought Huawei Ideos X3 would be enough for me, when I bough it, I soon realized that I needed to install various apps on it and experiment with it. Eventually it became very slow due to it’s limited resources and my excessive use and I had to reset the phone several times and remove not often used but needed apps. I don’t have anything against Ideos X3 – it’s a great device with enough performance, until you start to abuse it.

When my friend Praboda bought his Sony Xperia Sola and showed me what performance a dual core smartphone can offer, I decided it was time for me to move on as well. The likes of Samsung Galaxy SIII were out of my reach due to their prices, and after much consideration, I settled for Sony Xperia P – the middle device of Sony Mobile’s 2012 NXT Series between high end Sony Xperia S and low end Sony Xperia U.

Talking about smartphones, more than half of Team Sanmark are now proud owners of Androids. 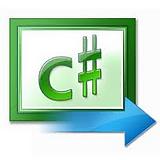 I got a chance to learn C# last December. Prasad, a great friend of our CEO Kosala, spent about 3 weeks of his December vacation with us at Sanmark. Our software development team and he got together and started our first Windows application programming. Although I am not new to Visual Studio environment, I was new to C# as a language. All of our team were like that. However, due to our experience in programming, we were quick to catch up. And now he’s gone back to his work place, we’re doing it on our own, quite comfortably, with the occasional help of Prasad ayya either through Skype or phone. I can’t talk much about the project as it is still going on. 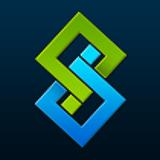 We went to Wasgamuwa National Park as last years annual trip of Sanmark Solutions and the experience was definitely enjoyable. However, I couldn’t write a blog post about it like I did for the 2011’s annual trip, due to my busyness with various things. My target was to collect 5,000 photos but we could only take 3,581. We better reach that target next time.

Passing Away of my Grandfather

My father’s father enjoyed a calm and peaceful death in the night of 21st December. It was not a big shock to us, as we knew he was quite ready for it. He had maintained his sanity till the last moment and he had left life while he was sleeping. He had asked to finalize everything as soon as possible and the funeral was held on 23rd, slightly over 24 hours since his death. I want to experience such a death when I die.