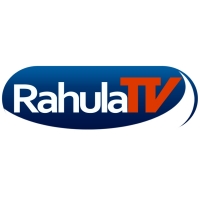 We, the members of Team|RCMweb did another live webcast of Rahula College‘s cricket bigmatch. The big match was played in Moratuwa De Soysa Stadium, with Pannipitiya Dharmapala College. The match ended in a draw.

Udith and Iroshan went to Moratuwa with the cricket team on 21st, and did the preparations for the webcast. I took a leave from office on 22nd and went directly to the stadium. Udith, Iroshan, Roshan and me did the webcast on day one and Sashen joined us on second day. Gemina joined us for commentary from time to time.

Dharmapala Web TV and Team|RCMweb collaboratively presented the commentary of the big match.

Team|RCMweb did the content generation (Ie., graphic overlays, score bars, lower thirds, and more.), and streaming to the Internet.

The joint effort was a great success and I extend my thanks for all the guys of all three organizations.

Some photos from the broadcast: