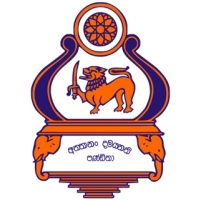 Last 11th, we – senior members of Team|RCMweb – conducted a seminar on ICT for Grade 10, 11, and 12 students of Rahula College.

It was an idea of Udith. Although it’s been several years since he left the school, the genuine love he has for the school hasn’t faded away at least a bit.

He is greatly concerned that even though the generations younger than us are familiar with various technologies than we were at the same age, they aren’t making any productive use of them. They are taking the comforts of the technology for granted, and they don’t have any interest in exploring deeply into these technological fields.

So, as a tribute to our school, he decided that we should step in, and try and give these younger generations a glance about the things we did with technology, back in our days in Team|RCMweb and The ICT Section of Rahula College. We hoped that this would ignite a little spark of inspiration in the little Rahulians’ minds.

Udith first called me to tell his idea about a month ago and I couldn’t have agreed more with him. He wanted me and Iroshan to conduct lectures on blogging, web designing and developing, and online money making. Iroshan was unavailable so I had to cover all three, and I hope I did my job fine and they found it useful.

I told them what blogging is, and invited one of the guys to create a blog at blogger so the rest of them can see how it’s done. I explained the difference between web designing and web developing, and showed them adobe resources they can use to further study on the subject.

Talking about online money making, I advised them against various scams and introduced them the concept of freelance online. I did a brief demonstration with my oDesk account as well.

Udith himself took time to give the younger generation an idea about the things we did for school and encouraged them to follow. The whole seminar was a mixture of good influence and knowledge.

If at least one guy found his values and his way to contribute to the world through our effort, that’s the best result we can have from this.

Some photos of the seminar: