Last month, I wrote a blogpost on how I was interested in buying the Plum Switch advertised by Mobitel, but when I contacted them about whether the device is network locked or not, some people from Mobitel told me it’s unlocked, while others said it isn’t. So, I gave up the idea of buying the device, as I thought Mobitel is the only one who provides Plum Switch in Sri Lanka.

But “buwa”, who posted a comment to that post, told that it’s available from a online shop called “Vayu”, where the device is available for the same price as Mobitel, which is 9,990LKR. I gave them a call and verified that indeed it is network unlocked when you buy it from Vayu (I am still not sure whether it is network unlocked or not, if you buy it from Mobitel.). They also told me they’d send me a Mobitel gift voucher, which will give you “Monthly 1GB free for 6 months”!

So I bought it from them, and they quickly delivered it. I received the package 2 days later.

There is one catch though, although you can apply the offer on any existing Mobitel connection, you must do so while using the Plum Switch with that connection’s SIM. The offer is limited to these devices’ IMEI, so if you try to apply this offer while the SIM is in another device, it won’t work. You have to insert the SIM into Plum Switch before applying the offer. Even after applying the offer, the offer will only work when you work while the SIM is in the Plum Switch; when you use the SIM with another device, the offer will get ignored. However, I usually use the device with my two Hutch connection, as there’s no Mobitel 3G coverage where I reside for work.

Plum Switch is a WiFi Hotspot.

This is a very useful device for someone who is looking for a wireless WiFi hotspot for his personal use. Just activate the wireless Internet tethering mode and all your devices can connect to this for Internet. This setup also enables me to connect my Android phone to PC through Samba, as I described in my blogpost “Easily share files between Ubuntu Linux and Android with Samba“.

Plum Switch is a Bluetooth Dongle. 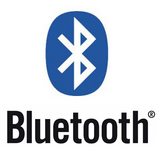 If your PC doesn’t have Bluetooth capabilities, Plum Switch can do that for you. It has Bluetooth support built in, so you can insert a MicroSD card to it and save received files on that, plug the device to PC through USB, and you’ll be able to access it’s SD card as you might do for a USB pen drive. You can drag files from PC to it’s SD card and then use Plum switch to send those files to other BT enabled devices as well.

Plum Switch is a 3G Dongle.

If your PC doesn’t have WiFi function, don’t worry, you can use Plum Switch as a regular dongle. I tested this with Ubuntu 12.10, Windows 7, and Windows 8. Ubuntu 12.10 recognized the device as a 3G dongle and allowed to connect to Internet using it instantly. Windows 7 allowed to do so after installing the device driver and connection manager (connection manager is the software that allows you to turn on and off data connection, like “Mobile Partner” for Huawei dongles.) stored in the device’s internal memory. Windows 8 didn’t allow to connect through this even after device driver and connection manager were installed.

You can connect Plum Switch to your PC using USB tethering mode too. This looks physically like using the device as a 3G dongle, but the method used is different. When you turn the USB tethering mode on, your PC will recognize the device as a network card with a working network connection, not as a 3G dongle. No software is needed to be installed, so even Windows 8 can use Plum Switch this way.

Plum Switch is a WiFi Dongle.

You can use Plum Switch as a WiFi dongle as well. This will allow you to connect to a WiFi network through Plum Switch. To do this, first you have to turn WiFi receiving mode on, then connect to your PC through USB, and then turn on USB tethering mode.

Plum Switch is a Pen Drive. 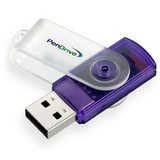 This can be used as a USB pen drive too. When you plug the device in, you can access it’s SD card in your OS’s file explorer, so you can do anything you’d normally do with a USB pen drive.

Plum Switch is a Phone.

You can use Plum Switch to make calls and send text messages, too.

Nothing is perfect. Plum Switch has it’s fair share of cons as well. It’s battery drains very quickly when it’s working as a WiFi hotspot. If you want to use this primarily as a “phone”, as in making calls and sending texts often, do not buy this because you’ll hate this. You can’t comfortably type texts or numbers on it’ tiny keypad. Making calls and sending texts are only secondary tasks of Plum Switch.

Plum Switch is from “Plum Mobile”.

The company that produces the device is US based, although the device is manufactured in China. Here are few locations where you can find the company “Plum Mobile” online:

What I think about Plum Switch.

This is my take on Plum Switch: “Plum Switch is an extremely portable Internet access point for single or multiple devices, with phone functions added.”