I switched to a ASUS X555LI Laptop 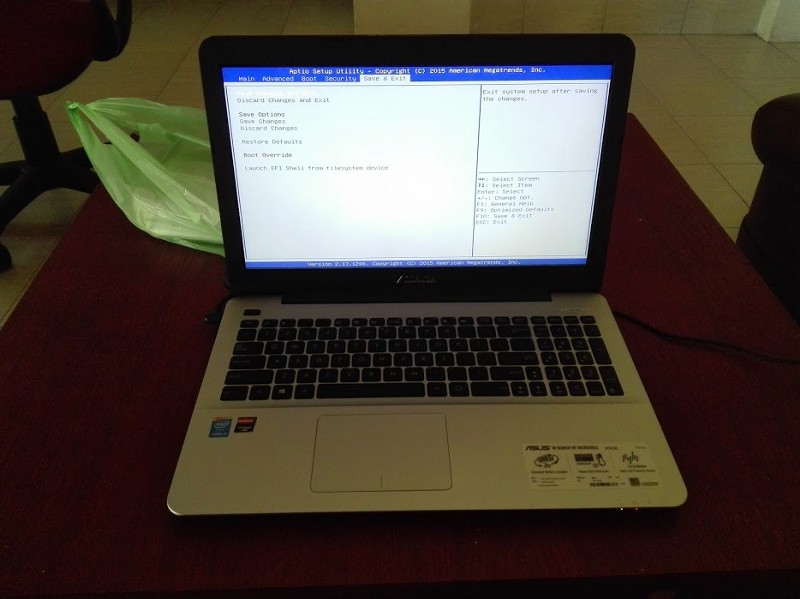 I have been using a Singer branded Clevo laptop for the past 5 years.

It had 4 GB of RAM (Which I upgraded to 8 GB.), an Intel Dual Core 2.13 GHz processor, and 320 GB HDD. It was by no means a top range laptop, but it served me well for my work coding, hobby coding, web browsing, and movie watching. It recently started showing symptoms of dying, and looking at the calendar, I realized it was finally time to move to another laptop.

I wasn’t looking for the “best” laptop out there. Affordable price was one of my main criteria. I was looking for something under 100,000.00 LKR (About 675 USD, according to today’s exchange rate.). I also needed something with 8 GB of RAM, as I didn’t like to downgrade in that regard from my previous laptop.

My main need was being able to run Ubuntu, and write some web applications in JavaScript and PHP. Not very demanding at all.

I initially though I should be getting another Singer branded machine. Unlike their sewing machines, laptops from them aren’t prestigious at all. But I was okay with that. I never considered laptop or its brand as a “fashion statement”; in fact, I do not care about fashion at all. But the cheapest Singer branded laptop with 8 GB of RAM started at about 120,000.00 LKR, which is higher than the price I was looking for.

My friend and colleague Randika suggested buying the laptop from Takas.lk, about whom we had a good reputation. I think they were the only retailer who advertised their buyers to return their Samsung Note 7 (Of which the battery began to explode.), and have a refund. This move increased the trust I have for them, and I was ready to make a comparably huge investment with them. I have bought small things from them like SD Cards and Power Banks, but only now I was confident enough about them to buy a laptop from them.

So I went to their website’s laptops section, and sorted everything from the lowest to the highest price, and looked for the first one I could find with 8 GB of RAM. I was initially happy to expend near the 100,000.00 LKR mark. So I considered a laptop with Intel Core i5 processor. It was price around 95,000.00 LKR.

And then I thought, do I really need an i5 processor? No, I was doing my work perfectly fine on a Dual Core processor. When I bought that, Core iX processors with Nehalem architecture was already out. I didn’t opt for the “top” at that point, so why now?

I looked again, and found the one I finally bought. It has a 5th Generation (Broadwell) Core i3 5010U processor, and 8 GB of RAM. As I was not really into gaming, I wasn’t looking for a discrete graphic card, but this laptop happened to have a AMD Radeon R5 M320 card in it. I am not a graphic card geek, so I don’t know whether that’s good or bad.

The price was this laptop was listed as 68,000.00 LKR (460 USD), and I was happy with it. But throughout the previous month Takas.lk has been giving away coupon codes to reduce considerable percentages. So I decided to wait for one. The next Monday, they released a coupon code worth 7%, and I finally ordered the laptop using that. The total price was then down to 63,890.00 LKR, including shipping! I was a happy man.

Just three days after, the laptop arrived at my office, where I ordered it to be delivered.

Takas.lk people had done a hell of a job with packaging as well. 😛

ASUS has a good design teams for boxes, I must admit.

They ship a carrying bag as well. The inner box is even more stylish. 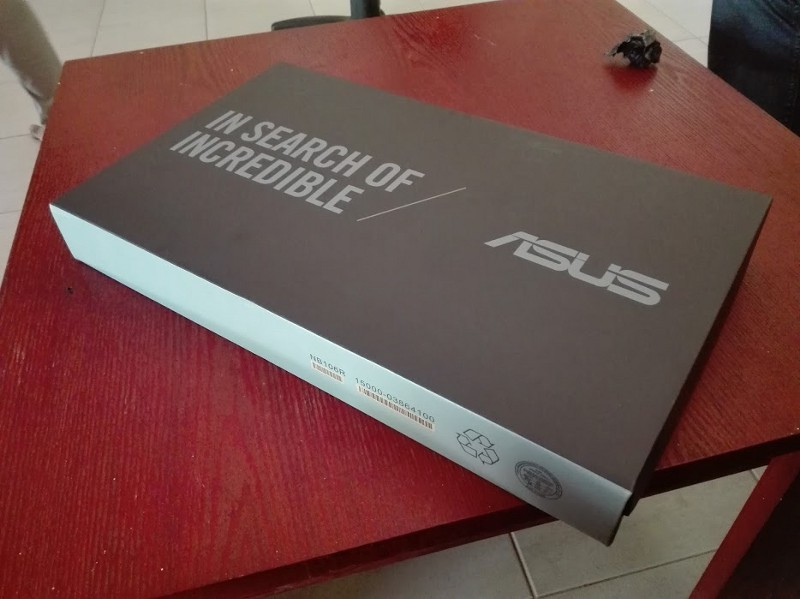 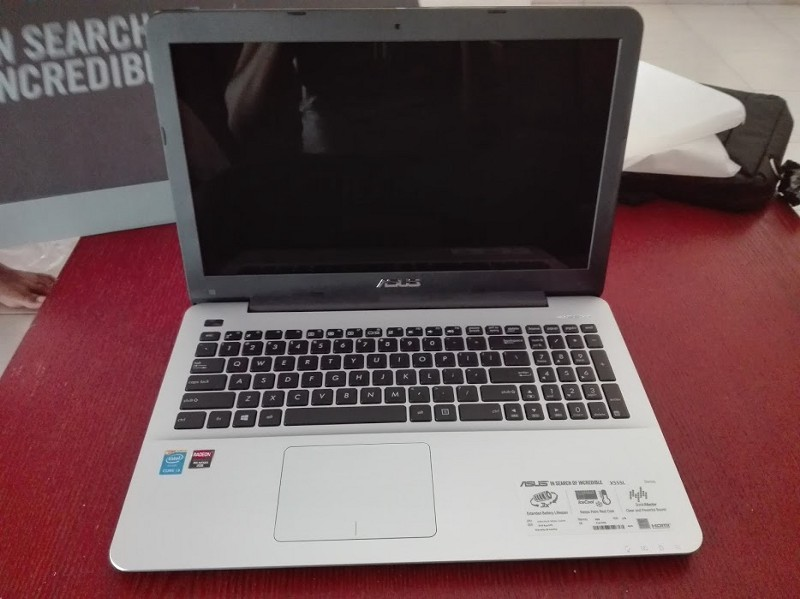 As I said once, this is not the best laptop out there, far from it. But it is a significant upgrade from my previous laptop.

I then began installing Ubuntu, my OS of choice on this machine, but it didn’t work out well. I’ll write about that in my next post.